I live for Easter…and because of it. Every year this season becomes more and more precious to me for what it represents. If you’ve visited here before you know that we’re big Ray Vanderlaan fans (RVL). We were blessed by an incredible message he delivered on the 5th cup (God’s wrath) as we prepare to celebrate with our community of Faith.

RVL’s specialty (at least one of them) is his ability to connect the typical western-mindset Christian into better understanding our eastern-mindset Jewish family members who, like us, acknowledge Yeshua (Jesus), as Messiah. With regards to the Garden of Gethsemane Ray explains that there probably has been a conflation of two terms – “garden” and “gethsemane”…we do know that Jesus did spend time in a garden (cultivated plot) outside the city of Jerusalem and because there were olive-related industry then there would have been structures (Gethsemane is a derivation from two Hebrew words, “gath” and “shemenim” – it means “the place where olive oil is pressed”) used for processing olives and extracting the very valuable oil from them. RVL suggests that given the time of year it is likely that Jesus and the disciples would have perhaps been staying in a gath shemenim.

To see the press (engineering, size and complexity) used for the oil is simply amazing when one starts to understand the parallels to what Christ would undergo that very special night I can’t personally imagine any response but immediate worship. Olive flesh, pulp, skin, pit was under so much pressure that once all the oil that could be extracted from it was gone, it turns to this dry dust-like substance.

The very famous garden that is referenced in scripture by tradition is located on a slope of Olives Mountain right next to Jerusalem. It was common for Jesus to go there with His disciples to pray (John 18:2). Most well known events at Gethsemane we see happening the night before His crucifixion. Each of the Gospels describe that evening, reading all four accounts (Matt. 26:36-56, Mark 14:32-52, Luke 22:40-53 and John 18:1-11) gives an accurate look at that indescribable night.

Evening began, Jesus and the disciples had celebrated Passover (and had their minds blown as Jesus had to have changed things up from what they would have been accustom to), they then came to the garden. It’s here that Jesus took three of them (Peter, James and John) and they were separated from the others. Jesus asked the three to watch with Him and pray – that they would not fall to temptation (Matt. 26:41), but they succumb. Twice, Jesus woke them and reminded them, pray so as to not fall into temptation. This was especially relevant for Peter, because he did fall into temptation three times later that night denying he even knew Jesus.

Jesus moved away from the three to pray, and two times He asked His Father to remove this cup of wrath He was about to drink, but each time Jesus submitted to the Father’s will. He was “exceedingly sorrowful unto death,” but God sent an angel from heaven to strengthen Him (Luke 22:43).  The following is the last 5 minutes of RVL’s message.

Then, Judas Iscariot, shows with an army/mob of soldiers, Pharisees, and servants to arrest Christ. Judas identified Him with the prearranged signal, a kiss, which he gave to Jesus. Peter in an attempt to protect Jesus, took a sword and attacked Malchus, servant of the high priest, cutting his ear off. Jesus rebuked Peter then miraculously healed Malchus’ ear. They arrested Jesus and took Him to Pilate, the disciples were scattered in fear.

These events that occurred in the place known as the “Garden of Gethsemane” echo to this very day. The most important aspect of this night was Jesus’ willingness to die on a cross in our place in order to pay the penalty for our sins. “For our sake he made him to be sin who knew no sin, so that in him we might become the righteousness of God.” (2 Cor. 5:21).

This holiest of seasons – repent and believe (have faith in what God has done for us through Christ) – this is the very gospel (good news) Jesus came to proclaim and make possible. He drank that entire cup and there’s not a drop left… 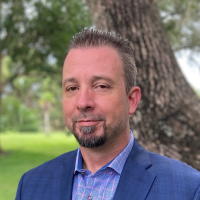